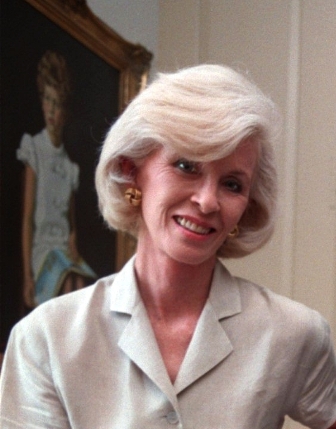 Puddin Foil's vision for Hinds' Feet Farm began in 1984 when her youngest son, Phil, suffered a traumatic brain injury in a motor vehicle accident. Puddin made it her life's work to create a loving and caring environment where survivors could reach their potential post-injury.

A deeply spiritual woman, Puddin drew inspiration for the name "Hinds' Feet Farm" from the bible scripture found in Habakkuk 3:19 "The Lord GOD is my strength, and he will make my feet like hinds’ feet, and he will make me to walk upon mine high places."

Her vision, strength and courage are deeply missed.

Read Puddin's EulogyDelivered at 1st Presbyterian Church, Concord
A beautiful tribute to Puddin by Sheri Lynch The Bob & Sheri Show on 107.9, The Link
Below, written in her words, is Puddin's story of her journey with Phil, her youngest son, who suffered a devastating brain injury at age 16 and her struggle to find the best care possible for him.

“For I know the plans that I have for you,” declares the LORD, “plans for welfare and not for calamity to give you a future and a hope.”Jeremiah 29:11 NASV 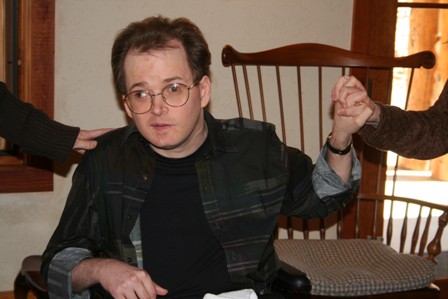 September 11 reminds us that in an instant our world can change. And, when it does, the ripple effect is immeasurable and we look for a “new normal.” So it was for us over twenty years ago when Philip sustained a catastrophic closed brain injury. Our world was changed and we had to learn a “new normal.”

In 1984, there were no roadmaps or directions for our journey, but an unshakable belief that Philip would have a future and a hope. It would take many crossroads, turning points and stops along the way for this tiny seed of faith to grow and flower into the vision of Hinds’ Feet Farm. The positives and negatives of each stop along the way were our teachers.

Our first steps were at a local trauma center where grief was great, but grace was greater. This would be the only place in our 17-year journey that provided a large and comfortable gathering place for family and friends. It was here that we first discovered that Philip would leave his mark wherever he went. We were told many times that our love for Philip willed him back to life and profoundly affected the staff in the care of patients. Their hospitality had a lasting impact on us.

The stay at our first rehabilitation facility was a huge reality check. Barely out of a coma, Philip was commanded with abusive and foul words to brush his teeth. When I intervened, the nurse explained that most brain injury victims were rough sorts and only understood one language. She was replaced, but we quickly learned something about stereotyping, a patient’s need for strong advocacy and the merciless timetable of patient stay. The therapists were excellent but Philip was not moving fast enough.

At the strong recommendation of Philip’s neuropsychologist that a certain medical center was the best, we moved to Houston, Texas. The spacious rooms and natural light of our local rehabilitation facility were replaced with the glare and cramped rooms of a typical hospital setting. But, the superb interdisciplinary program and the unconditional love and care of Houston residents who adopted me kept us grounded through some pretty tough times. Philip had several bad, avoidable accidents, one that resulted in a two-hour surgery. I had to face the fact that staff does not always read or comply with orders and that the best is never good enough for your child. It seemed as if every patient made more progress than Philip, and the clock was ticking.

We returned to our local rehabilitation facility to continue therapies, knowing we needed something better than the best. We asked where to go; no one knew. A group was assigned the task of research and came up with two possibilities, one in Atlanta and the other in Illinois. There was tension in the air and the staff created a rift between Martin and me. I moved into a hotel for a week to chill and thought about the sacred duty of health providers to under gird the family unit.

Where was Philip’s future and hope? I did not know, but I was beginning to see the best and the worst of rehabilitation programs and to feel the growth of that tiny seed.

We visited the choices. I prayed all the way to Carbondale, Illinois - on the plane to St. Louis; on the bus to a small airport; in a “puddle jumper” to the outskirts of the city; and, in the rental car to Illinois facility: “Lord, my emotions have clouded my judgment. Please tell me where to go. Make it plain. Write it in large, red capital letters that hit me in the face so that I cannot miss it!” After touring the facility and checking into the motel, we drove around to our room and parked the car in the one available space. Right in front of us was a huge gas tank on legs with “GO ATLANTA” painted in red across its breadth.

The Atlanta facility was new, spacious, dynamic and innovative. Philip began to make real strides, but what started out so well ended badly as the “bottom line” began to rule: the cutting back on quality and quantity of staff. We traveled to Atlanta every ten days, and one weekend found Philip bruised and battered by a roommate who was physically violent if anyone touched him. Some things are unspeakable. Philip needed a peer group in a place where temperament, behavior, and compatibility were carefully evaluated and monitored. His progress slowed as our fears escalated.

The assisted living home in Durham was small, its occupants unwelcome in the neighborhood and eventually a staff nightmare. It was here that Philip sustained a horrendous elbow injury, which we discovered when the hospital called Martin’s business to check on insurance coverage. The injury was so severe that it took the head of plastic surgery at Duke over 6 hours to repair it. The surgeon was so concerned that the surgical site would not be attended properly that he volunteered his services and those of his clinic to examine and dress the wound until it healed. It had been an inexcusable accident as was the severe dehydration Philip subsequently suffered. It was time to come home, nine years into the journey. 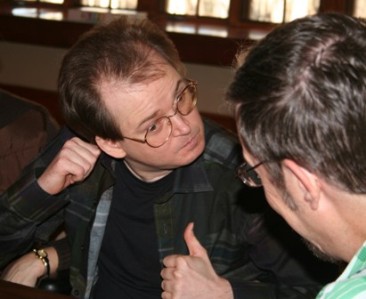 Then the LORD answered me and said, "Record the vision and inscribe it on tablets, that the one who reads it may run. For the vision is yet for the appointed time; it hastens toward the goal, and it will not fail. Though it tarries, wait for it; for it will certainly come, it will not delay.Habakkuk 2:2-3 NASV

Looking back, it is clear that the crossroads, turning points and stops along our journey were signposts and guideposts, directing and describing God’s plan for Philip’s present and his future.

Martin and I began a long search for land. For several years, to no avail, we looked for land in the Mt. Pleasant area. Early one morning, I was awakened by words pounding in my heart: “You are looking in the wrong direction!” I immediately understood. We needed a large tract of land in an established neighborhood, minutes away from all the amenities and necessities one could hope for.

Martin called a realtor friend. When I saw this property, though not for sale, I knew this was it. Within days, it was ours and within the year, we owned the second parcel.

I was now in labor with a vision that I had no strength to deliver. Once again, I was awakened by a voice: “Ask Marty.” Ask Marty to leave a lucrative, promising career in the computer software development business? I could not have known that Marty and his wife Lisa had begun praying the year before for a career opportunity that would allow him to spend more time with his family. Nor did I know how much they wanted to do something significant for Philip.

Then the Lord said to me, “You have seen well, for I am watching over My word to perform it.” Jeremiah 1:12 NASV

I have been blessed with three wise men that have helped me hold fast to the vision: Philip, with his unwavering spirit of love, patience, kindness, gentleness and goodness; Martin, with his unfailing love and tenacious work on behalf of the victims of brain injury; and Marty, with his undying devotion to family, friends and church and his amazing ability to tackle anything and do it well.

We have only begun, but with three wise men, a board of distinction, a host of volunteers, and the support of friends, the vision will be fulfilled.

“Let us arise and build.” So they put their hands to the good work.  Nehemiah 2:18 NASV